With more than 400 Pokémon to find in Donjon Mystery: Rescue Team DX, you might expect all to be as simple as the standard way to recruit a Pokémon on your team. Some Pokémon can only be captured at times, or if you have certain objects on you at that time. These are normally valuable Pokémon for which you really want to find room in your camps. 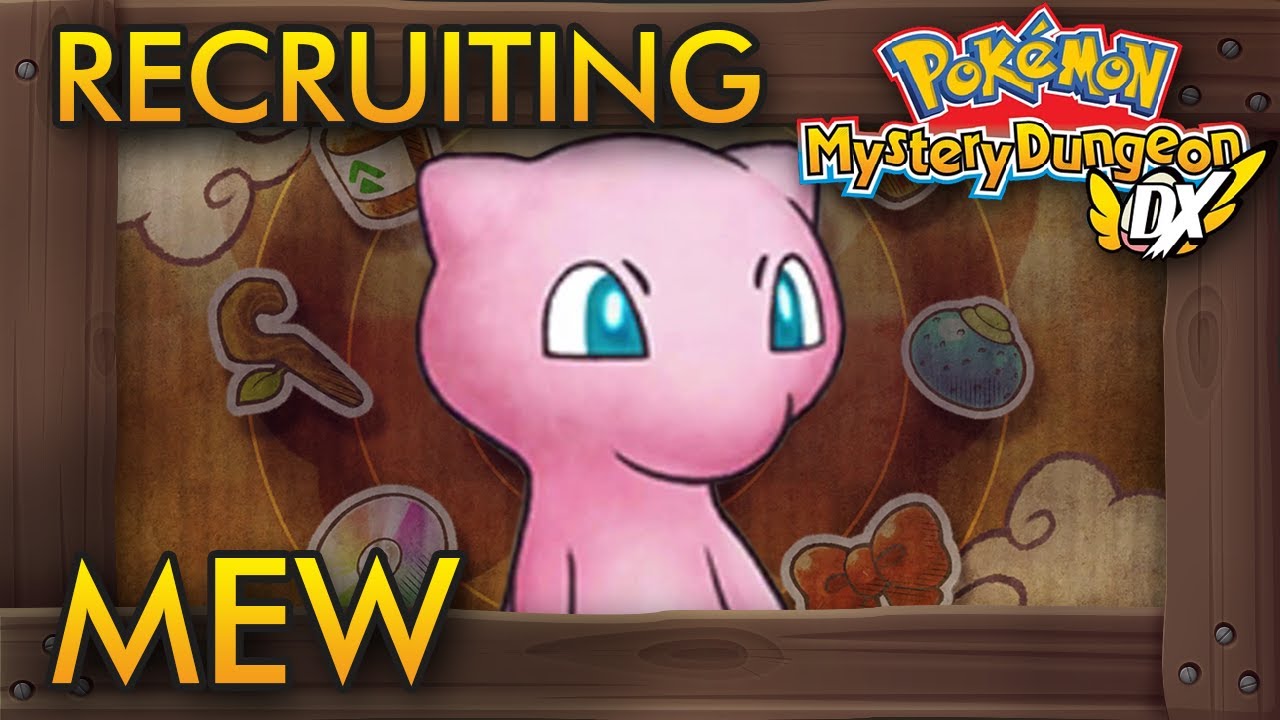 Mew is one of those Pokémon, and there are a few things you need to do before they can recruit them. First of all, you will have to have beaten Kyorge in the stormy sea. A few days later, you will receive a letter informing you of the existence of buried relic, a place where mythical Pokémon are often.

You will then have to talk to both Lombre and Shifty and both can be found on Pokémon Square. Once you have talked about, the buried relic dungeon will be available. After that comes a trio of fights you will need to win the Donjon Buried Relic:

Defeat the three you will get the music box. Now that you have the music box, you can start searching MEW that will appear at a random level between B36F and B99F. After that, the usual rules apply. You will want to bring the final blow with your rescue team leader, and even then, there will be a little lucky percentage that Mew joins you.

Keep in mind that you also need a camp for MeW and you will need to buy Final Island Camp for a chance to recruit this Pokémon.