The Magath presented by Hertha Managing Director Fredi Bobic to Tayfun Korkut, after a positive corona finding of the past Thursday – two days before the home game against the TSG Hoffenheim (3: 0) \ – had to go into isolation. At the previous day of the game and on the match itself, he had held digital narrow contact with the team and his staff. Magath had talked to the team in front of the game and in half-time break, while the game he was in constant connection with goalkeeper Andreas Menger.

After his infection accompanied by light symptoms, Hertha’s hope has been on board since Thursday. His co-trainer Mark Fotheringham, who had represented Magath against Hoffenheim at the sideline with maximum energy, however, continues to work on back problems. 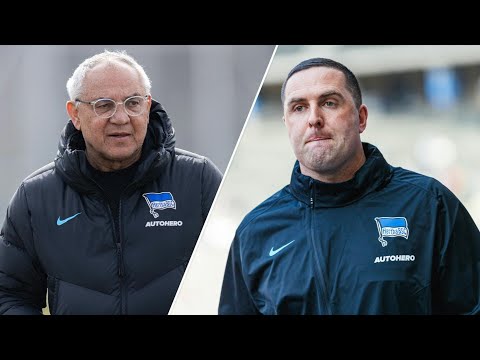 In addition to Magath’s return, there was another good news for the club on Thursday. The ultra group “Harlekins Berlin ’98” announced in a statement that the active groups of the Eastern curve will return to the upcoming away game in Leverkusen (2 April) into the stadium. This decision also applies to the following home games, starting with the derby against Union (April 9).

“All man on deck – full steam for Hertha BSC!”

The Ultras stayed away from Hertha games during the pandemic because of access limits. With a look at the relaxations grasped in Berlin from 1 April, it is said in the statement: “The then applicable regulations (3G as an entry requirement, the ratio of personalized tickets, etc.) enable us to completely expect our ideas of a free and lively fan culture to live out and to return the curve to your usual face again. This applies to all games that have our minimum requirements that we have repeatedly expressed. ” And on, “The situation in the club could not be angriger. All the more it means for us as a curve: all man on deck – full steam for Hertha BSC!”